Gautam Adani, the founder of the Adani group, became the second richest person in Asia this year. His net worth rose by $43 Billion to $77 Billion. This all happened because the Adani group has 6 listed companies and all have been on a mind-boggling trajectory. These are:

So by now, You might have understood the mismatch in share price and business performance of the company. After a tremendous rise, all 6 stocks of the Adani group hit the lower circuit in the initial hours of trading on 14th June 2021. As per the Forbes Real-time Billionaires list, nearly Rs.55000 Crore of Gautam Adani’s wealth got erased as of 10 AM 14 June.

So what is the reason behind this drastic fall?

More than 90% of the net worth of these funds comes from the Adani group. But the most fascinating fact revealed is that 3 of them are based out of Mauritius at the same address in Port Louise, Also these 3 don’t even have a website. These are:
1- Albula Investment Fund
2- Cresta Fund Ltd
3- Apms Investment Fund

Recently NSDL(National Securities Depository Ltd) froze all these 3 funds, because of which these funds are not allowed to buy or sell any assets or security. Officials claim that the disclosure made by these funds was insufficient. Last year SEBI(Securities and Exchange Board of India) made KYC norms strict for Mauritius-based funds.

Because Mauritius is generally used for round-tripping i.e converting black money to white. These 3 funds alone have invested around Rs.43500 crores in Adani groups. SEBI is investigating whether the share prices of companies of the Adani group were manipulated. And because of it, the share price is falling drastically.

When retail investors hold such a small amount of shares, The share price fluctuates extra-ordinarily. This happens because of the very less no. of shares and the sudden demand for shares, which led to increasing in the share prices. The same is seen in the Adani group.

Which forces us to think that something much shadier is going on.

So what do you think about this story, Do tell us in the comment section? 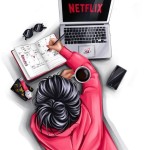 The world is full of tales, here’s mine.

The world is full of tales, here's mine.